Has Man A Function In Universe? is part of an ongoing project by Gavin Wade to develop forty projects related to forty questions written by R. Buckminster Fuller. Each project is an artwork or a combination of artworks, developed in response to one of the questions. Of all the questions ‘Has Man A Function In Universe?’ may be the key that binds and directs all of the other questions. Gavin Wade commissioned artists and writers to respond to this question using a combination of text and image.

The publication reflects the process of the project – an ‘exquisite corpse’ involving collaboration, dissemination and the combining of works.

Co-published by Book Works and Eastside Projects. It was the sixth in a series of co-publishing partnerships initiated by Book Works, entitled Fabrications, edited by me. The book came together through an extensive collaboration with Gavin and designer James Langdon. 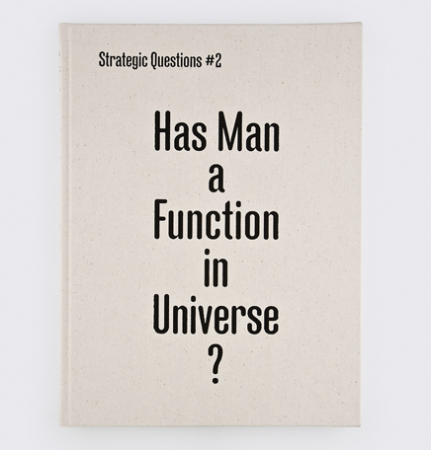 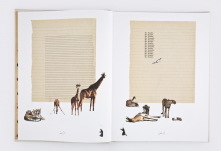 Kidnapping Mountains is a playful and informative, exploration of the muscular stories, wills, and defeat inhabiting the Caucasus region. Comprising two parts: an eponymous section addressing the complexity of languages and identities on the fault line of Eurasia, and ‘Steppe by Steppe’, a restoration of the regions seemingly reactionary approaches to romance.

Slavs and Tatars are a collective devoted to an area East of the former Berlin Wall and west of the Great Wall of China known as Eurasia, who redeem an oft-forgotten, romantic sphere of influence between Slavs, Caucasians and Central Asians.

Kidnapping Mountains is the seventh in a series of co-publishing partnerships initiated by Book Works, entitled Fabrications. A total of eight publications appeared in the series, commissioned by me. With texts by Victoria Camblin, Payam Sharifi, and Slavs and Tatars. Designed by Kasia Korczak and Boy Vereecken.

In a range of their work, Heather and Ivan Morison had explored the currency of shelters and escape vehicles – things that can either transport you physically or mentally away from the here and now and help avoid, or offer refuge, from future disaster. The film Dark Star (2006), and the timber structures Pleasure Island and Fantasy Island (2007), took their starting points from the American house-truck movement of the 1960s and 1970s, and the hand-built-shelters associated with the ‘back-to-the-land’ movements of the same period. These interests are continued in a series of commissioned sculptures and shelters.

Continuing their explorations and investigations into cultures of self-sufficiency, Falling into Place brings many elements of the artist’s research together with sketches and drawings, through a narrative which is part-science fiction, part-history, part-auto-biography and part-fairytale.

Working with Heather and Ivan was interesting. Although they are partners in life and their practice, they do have different ‘roles’ and take responsibility for different aspects. They also communicate differently about their work. Early on in the process of working with them, I stayed at their then house in Wales, and we walked to the plot of land they owned with a wood on it, that they maintain and the material of which they use for their work. Nestled among the trees was one of the shelters, related to the one they presented in Venice, when they represented Wales. Seeing how they lived, talked and made work, I think helped in the process of editing the dystopian story as it was being written. I recognised the references to works or situations that also existed in reality, and from the conversations we’d had, I could make a connection with aspects of the narrative.

For many writing is a slow process. And while written elements are part of Heather and Ivan’s practice – through plays, and minimal texts they send out on invitation cards – it certainly isn’t at the core of it. Writing a kind of dystopian novel, in which their own work and concerns featured I think needed to take its time. Because they were so very much ‘in’ the narrative themselves, it also required careful consideration as to what was functional and what wasn’t, and now and again what worked for them, as authors, did not necessarily worked for me as an editor. The end result is I think an interesting take on the notion of what an artist’s book can be, and how artists can sometimes take writing their own narrative – about their work and themselves – in their own hand.

Co-published by Book Works and Situations, University of the West of England, Bristol. It was the eighth in the series of co-publishing partnerships initiated by Book Works, entitled Fabrications, edited by me. The book was designed by APFEL. 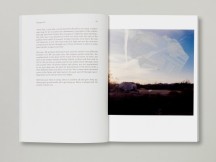 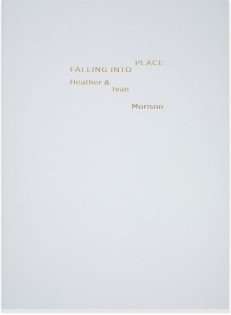 Appearing under the pseudonym Gustave Affeulpin in 1976, and coinciding with the inauguration of the Centre Beaubourg in Paris, Albert Meister’s fictional text La soi-disant utopie du centre Beaubourg imagines a radical libertarian space submerged beneath the newly erected centre-piece of French Culture. In a world turned upside down, the 76 storeys submerged beneath the official centre for culture provide a platform for alternative modes of work and creation. Reporting, in sometimes hysterical, sometimes more poetic language, and with tongue firmly in cheek, the narrator recounts the vacillations of free organisation, in a satire that never takes its eye of the main target: state-sponsored culture.

This is the first translation and publication of La soi-disant utopie du centre Beaubourg in English, a project undertaken by the artist Luca Frei as an attempt to both revitalise a significant cultural treatise incorporating many elements of Meister’s sociological thinking, and to reflect upon the subjective role of the artist in transferring ideas from one cultural framework and era to another.

I really enjoyed working on this with Luca. Himself Italian Swiss, and his French good, but his English certainly not fluid, his translation of the entire text was an interesting basis to start with. We worked in chunks of several chapters at a time. Him sending me a draft, me sending an edited version back, and so back and forth. My attempts at editing something that should on the one hand be really legible for the reader, while on the other hand also retain the sense of being slightly off-kilter – conceptually, in time and linguistically – really highlighted the fact that translation is not something that is purely a literal act. It is an utterly engaged activity, where the sense of how it is being said can be equally as important as what is actually being said, and how it is therefore sometimes fine to not make it ‘perfect’, or slightly ‘deviate’ from the original.

Co-published by Book Works and CASCO, Utrecht. It was the second in a series of co-publishing partnerships initiated by Book Works, entitled Fabrications, commissioned and edited by me. Interpretation and design by Luca Frei.

Communism is routinely defined as defeated and its conquest the subject of regular celebration. Caught in the disappointment and negative connotations of the past, it has become all but unthinkable. Make Everything New – A Project On Communism seeks to rescue the idea of Communism from this trap.

Collaborating with artists, writers and collectives, this project has commissioned and collected counter-narratives, abstract and unrealistic ideas, engaged political commentary and satirical work, that presents neither an historical or comprehensive overview nor a requiem for the past. It is a collection of partial and subjective accounts of various creative practices, an experimental platform for ideas and an attempt to see in what ways the communist imagination can be materialised as art.

Co-published by Book Works and Project Arts Centre, Dublin, from an original concept by Grant Watson. It was the first in a series of co-publishing partnerships initiated by Book Works, entitled Fabrications, commissioned by me. This particular book was edited by Grant, Book Work’s Gavin Everall and myself. It was designed by Secondary Modern.

Parodying the format of a regular newspaper column, Today in History/Tarihte Bugün presents a series of drawings and paraphrased stories, extracted from Turkish newspapers from the last four decades. The news stories are sometimes poetic, sometimes overtly political, and sometimes strangely surreal. Dislocated from their original context and presented as an artist’s impression, the work reveals a changing society, and questions what we perceive to be news and the construction of truth, fiction and history. Text in Turkish and English.

Co-published by Book Works and Platform Garanti, and edited with November Paynter, it was the third in a series of co-publishing partnerships initiated by Book Works, entitled Fabrications, commissioned and edited by me. Designed by Secondary Modern.

Initiated by a series of events and discussions during the exhibition Gest at the Stanley Picker Gallery, Kingston University, this book Gest: Laboratory of Synthesis #1, includes a range of essays and interviews bringing together philosophers, artists, theorists and critics to discuss new approaches to art writing. It operates in the widening gap between the mainstream art magazine and the academic journal in order to create new conjunctions and productive disjunctions between theory and practice out of which new voices and new modes of art writing emerge.

Published by Book Works in association with Kingston University London. Gest: Laboratory of Synthesis #1 was the fourth in a series of co-publishing partnerships initiated by Book Works, entitled Fabrications, commissioned by me. This book was edited by Andrew Hunt and Robert Garnett, and designed by Sarah de Bondt and Grégory Ambos.