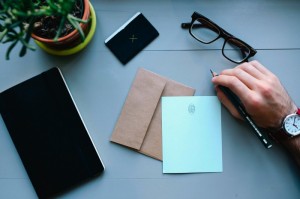 Contemporary Visual Arts Network North West (CVAN NW) is organising a programme of six critical writing workshops. The workshop and bursary programme is delivered in partnership with Manchester Metropolitan University and University of Central Lancashire, through In Certain Places, alongside four leading critical writing platforms in the North West – The Double Negative, Creative Tourist, Art in Liverpool, and Culture on a Shoestring.

Workshops will take place between mid-March and early-May 2015 at venues across the North West. They will be facilitated by a range of practitioners, who all in one way or another are involved with critical writing and publishing, including Joanne Lee, Chris Sharratt, Bob Dickinson, Sophia Crilly, Laura Robertson and myself. Between us we will cover key topics in relation to writing about or in relation to art, such as form and function, social media, self-distribution, online and print media, and relationships with commissioning organisations.

Writing produced by participants will be published on one of the four partner platforms.

I will be doing a workshop late April, in which I will focus on writing commissioned by arts organisations. 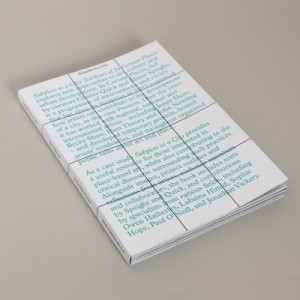 After a series of unfortunate hiccups in the production process, Subplots to a City. Ten Years of In Certain Places was launched at the Harris Museum & Art Gallery in Preston on Wednesday 18 February. With an impressive turnout of artists, project participants, Preston City Council representatives, and University of Central Lancashire lecturers and students, the arrival of the book – was celebrated. The book captures In Certain Places’s activities, including talks, conferences and commissions, and positions the organisation’s approach to art in the public realm in wider debates with contributions by Owen Hatherley, Sophie Hope, Paul O’Neill and Jonathan Vickery, as well as curators Charles Quick and Elaine Speight.

The book was designed by ARPA, who also designed In Certain Places’s new identity and website, from which the book can be ordered directly.

In Certain Places in Preston commissioned Shezad Dawood’s film project Piercing Brightness, and the Harris Museum & Art Gallery hosted the first in a series of shows related to the artist’s project and wider practice. Working with Shezad on the publication alongside the exhibitions (see this post), I met the film’s commissioners, Charles Quick and Elaine Speight, who wrote a text for the book. They subsequently invited me to work with them on a publication that would capture ten years of In Certain Places’ activities.

In Certain Places is a programme of temporary public artworks and events that examines how artists can contribute to the development of a city. The scheme, which was initiated in 2003, is a partnership between the Harris Museum & Art Gallery Preston, and the University of Central Lancashire (UCLan). In Certain Places has worked with regional, national and international artists (the image shows Jeppe Hein’s Appearing Rooms, which emerged in Preston’s city centre in June–July 2006) to develop temporary public artworks for the city, hosted artist residencies, and throughout its ten years of existence has organised public talks about art, place and the city.

My approach to working with Charles and Elaine has been a very slow one (I first visited Preston in summer 2012). On the one hand that’s because we’re all busy people, but on the other hand because the ongoing face-to-face and skype conversations, exchanges of documents and lists and emailed propositions allow for what I think is an important percolation process. Rather than ‘simply’ archiving and documenting things as they happened chronologically and representing projects as they manifested themselves via text and image, it’s become a process of (self-)reflection about both In Certain Places’ practice and modes of operation, and how public art commissioning and its processes in general have changed.

Subplots to a City includes texts by, among others, Paul O’Neill, Jonathan Vickery, Owen Hatherley, Lubaina Himid, Sophie Hope and Charles Quick & Elaine Speight. It will feature case studies of projects and interviews with and statements of people involved, including artists and project participants. The book is designed by Jasmine Raznahan of ARPA.